Why is Grease Theft Illegal? 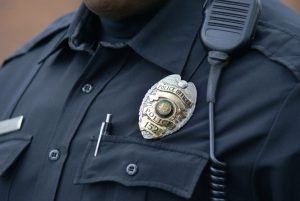 It’s a thought that most people never think about, perhaps especially those from whom the used cooking oil and grease is being stolen: what’s so wrong with someone stealing used cooking oil from my restaurant’s oil dumpster?

Look, we know, you’ve got bigger fish to fry… if you’re in the seafood business, anyway! And we also know that creating an army of restaurant owners and citizens fighting the noble fight of stopping the theft of waste cooking oil might seem half-baked.

We could explain to you the underlying motives and expose to you the facts about the greasy black market that grease thieves are a part of, but we also know that, like us, as a restaurant owner, you’re probably just a hard-working business person trying to make ends meet and bring home the bacon. It’s not like you’ve got time to keep a close eye on your grease dumpster. Fact is, you could probably stake out that dumpster for days and never see anything resembling theft – after all, who knows better than a restaurant manager that a watched pot never boils!

Believe us that we’re not trying to butter you up when we compare our business model to yours. As a restaurant grease recycling company, we’re a small, family owned business just trying to make ends meet. We’re sure that when you get to know the highly reputable way we run our business – no contracts, great service, clean and professional and always prompt – you’ll agree that we’re the cream of the crop when it comes to restaurant waste disposal.

Profile of a Grease Thief

So what does a person or company who steals this kind of restaurant waste look like?

What kind of a slime ball would steal grease? Often times it is just a guy with a truck, a large container and a pump. Every year thieves steal oil that can be recycled and sell it to make a quick buck. The problem for the legitimate recyclers is that we don’t get paid. We operate on the same very thin margins that you do when running a restaurant.

But not all grease bandits look like regular guys. To the untrained eye they might look a lot like a regular, legitimate grease recycling company. In fact, we know of several of our competitors who break the gentleman’s agreement that you don’t pickup other company’s grease. Not only are they breaking the trust of the industry, but they’re breaking the law as well.

If you know for sure that Millstadt Rendering is providing your grease removal and recycling and you notice a truck with another company’s logo, we’d appreciate if you would alert law enforcement. Because of the value of used cooking oil, this crime is actually fairly common and prosecutable.

A recent article about stolen grease in the Washington Post describes how thieves get their booty and how law enforcement responds. As you might imagine, it’s the right thing to do to spill the beans if you see something that looks wrong.

Hiring Millstadt Rendering to perform your cooking oil recycling means that you will never have to sign a contract, you’ll always get the best rebates available, you’ll never have to deal with messes after grease pickup, and you’ll feel good about having a family-owned business dispose of used cooking oil.

We’re also a one-stop recycling shop because we also remove solid waste in the form of meat trimmings and bones. If you’re going to fry food and you want to safely dispose of used cooking oil, call the best. Call Millstadt Rendering, at: 618-538-5312