When Wastewater Backs Up Into The Kitchen

The following is a true story. Names have been changed to protect the innocent. 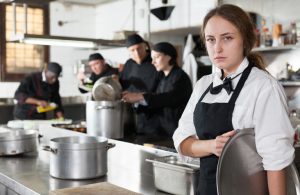 One of our newest St Louis restaurant clients filled us in on why they were calling us as we helped them on the way to re-establishing themselves among the best places to eat in one of St Louis’ up and coming entertainment districts.

The emergency call came early in the morning after the restaurant’s owner had spent a very expensive and sleep-deprived evening worrying if years of hard work, much financial investment, the fates of a solid crew of employees who depended upon him, and a loyal customer base would ever return to his shuttered restaurant.

Sadly, it’s a scene that almost everyone who has ever worked in the restaurant industry is somewhat familiar with.

The culprit: neglect of commercial kitchen grease trap cleaning. The result: Near total collapse of business.

The Worst Thing That Can Happen To A Food Service Establishment

It’s a busy Friday night. Full staff. Full dining room. Controlled chaos that seems to predict a highly profitable beginning to the weekend just when things are rebounding from Covid.

A dishwasher approaches the manager but he’s in the middle of supervising the formation of a large table for a party of 20 without reservations. Bussers are in sync, and a group of four-tops in the back dining room are cleared almost at the same time and things are coming together. Waiters are assigned to the table and are covering each others stations to accommodate the large party.

The kitchen line has just pushed out the food to the evening’s initial rush and are taking advantage of the temporary lull to restock their stations and prep specials which the wait staff are upselling like crazy. It looks like things are going to head in the right direction.

But what the manager didn’t fully understand, was that the new dishwasher was trying to tell him that something seemed wrong in the back of the house. Water didn’t seem to be draining from the dishwasher machine properly. It was backing up to where the waiters stack dirty plates.

What the manager was about to find out was that the mechanism that collects grease and prevents grease from reaching the plumbing system had not been cleaned in too long. The grease trap was full with a high volume of fats and grease and because of that, the restaurant’s sewer lines were also affected.

The pipes in the charming, old building in which the restaurant was situated had been filling up like a ticking time bomb that was about to go off.

He Googled: Restaurant Grease Removal Near Me

Imagine every element of the well oiled machine called your restaurant suddenly seizing up at the busiest time with the smell of backed up sewage that is overflowing into your kitchen and all your customer restrooms at the same time.

Now, with customers approaching him with unsettling reports of foul-smelling bathrooms our manager suddenly remembered that he had forgotten to schedule that routine maintenance for at least a couple months. He thought that with the slowdown of the pandemic, he could save money by waiting to have the grease traps and grease interceptors cleaned on a regular schedule. The thought that by decreasing the cleaning frequency of the fats oils and greases he could save a little money. He was wrong.

Sadly, he discovered, when a sanitary sewer overflows after grease builds up in the traps, business grinds to a halt. The kitchen stops. The dining room empties. Staff is disappointed that an evening that should have been profitable is wasted. Food that was prepped isn’t able to be used. Strongly worded Yelp reviews begin popping up like mushrooms. And frustrations mount when ordinary plumbers give astronomical prices to even look at the problem… and not until Monday.

But then, our resourceful young restaurant owner did a Google search and he found Millstadt Rendering just across the river near Belleville, Illinois. He called and we arrived armed with the right equipment and experience to make things right.

Call, Millstadt Rendering to schedule your Grease Trap Cleaning and Grease Recycling. We offer no contract, no obligation service, the best grease rebates in the market, honest, professional service, and the peace of mind of knowing that a local, family-owned grease recycling business is on your side.